The McGregor Company has deep roots in Inland Northwest agriculture.

History of The McGregor Company

More than 100 years ago the McGregor family came to the Palouse country, as sheep raisers. In 1901, the McGregors added wheat to their farming enterprise. Promising nutrient research work done on the McGregor Ranch by Washington State College agronomist Harley Jacquot led to further experimentation. Sherman McGregor, a second generation family member, and Jacquot began experimenting with commercial fertilizers in 1948. Farmers from throughout the Inland Northwest traveled to plot tours held each summer on the McGregor Ranch. This marked the beginning of the McGregor commitment to agricultural research and development, which we have continued since those pioneering days.

The McGregors also began to develop an equipment manufacturing business in the early fifties. We designed and tested applicators and sprayers to meet the needs of the extensive wheat farms of the Inland Northwest. Our coil spring shanks and advanced design application equipment became the standards throughout the Inland Northwest and the Canadian prairies.

What started as a sideline of the family’s general store at the ranch headquarters in Hooper, Washington, grew steadily under Sherman McGregor’s leadership. By 1956, The McGregor Company was set up as a separate company to handle our family’s fertilizer, agri-chemical, and equipment activities. Today, more than 35 communities in three Pacific Northwest states are served by The McGregor Company.

I attribute the growth and success of The McGregor Company to finding “good people,” many of whom have been with us for 20 years or more. We are proud of the involvement of our employees in the communities we serve. Long-term support from the outstanding farmers of the Inland Northwest and dedicated employees have combined to make The McGregor Company the premier independent fertilizer, agri-chemical, and equipment dealer in the Pacific Northwest. — Alex McGregor, President

History of our Research Department

Dedicated Researchers Making a Difference for the Farm Families We Serve

Our thirty-fifth annual compendium has been prepared by our McGregor Company Research and Technology team. It is a McGregor tradition that goes back even further, to our first yearly ranch agronomic report prepared by pioneering agronomist Harley Jacquot in 1951, sixty five years ago. Head of the Dryland Experiment Station in Lind, Harley had done nitrogen trials on our place three years earlier—work that showed yield increases from 25 bushels to as high as 69 with optimum fertility rates. Skeptics, he told me later, “swore up and down that nitrogen did not have an important effect. They made it hot for me. Boy, I really tore into them. ‘You don’t have any experimental plots out and you’re just teaching what you learned from a book,’” he told them. Harley set up the first regional soil nutrient lab in the area in the ranch store basement and I remember as a child farmers coming from across the Northwest to the ranch where his trials were spread across the horizon.

That pioneering spirit, that quest for something new that will help farm families succeed, has run deeply among the remarkable people who have led the way for our research work. Close ties and shared research with our land grant schools has been a long- standing tradition along the way. In his 1970 agronomy report Harley wrote of working on a cereal nursery of 1044 rows with promising varieties provided by a close friend of his, and my dad’s, too—Orville Vogel. In my generation, working together with Jim Cook on addressing the green bridge and a shared passion for research has been enjoyable. Many others, too—county extension agents, researchers from Pendleton, Moscow, and Pullman—remarkable friends and teammates. The tools have changed along the way—Harley wrote enthusiastically about how he’d help make the case for reducing tillage, not with his thousands of slides but with the newest tool of the early seventies— “Super Eight Movie Films.” The Super 8’s are long gone but the passion for applied research remains strong as ever.

Remarkable people have been the cornerstone along the way. Our current research program, three and a half decades old, was begun with Steve Watts and a Chevy LUV pickup, with a focus upon soil nutrition, filling a gap left by severe funding cuts in university research dollars. Working as a duo with young Stephen Reinertsen, who came aboard in ’82, they reported that in their first four years “We have seen record yields, mild winters, severe disease, bad winters, and drought.” Sounds like the land all of us call home. While they couldn’t control the weather, they wrote in the ’85 compendium, at least they knew how varieties and practices fared in variable conditions. In 1988, a remarkable researcher who had retired from WSU, Lyle Nagle, joined the team. Research agronomist Mark Welter signed on to the 1990 report—originally from the spring wheat breeding program at WSU, he’s gone on to a fine career with us managing a branch at Pomeroy, our Tomco Seed business and now the Blue Mountain Team.

Mark, Lyle, and Stephen were studying weed control in peas and lentils—their work had already led to some label changes from manufacturers—to micronutrient potential on cereals in the early nineties. A breakthrough a few years later came with the chance discovery that physiological leaf spot in wheat wasn’t a disease but a chloride deficiency that could be addressed. In 1999 our team began working at our newly acquired 330- acre research station to find ways to reduce tillage and to learn how to address the challenges that would inevitably follow. Bruce Palmer, a hard- working branch manager with a passion for new ideas, had joined the R&T team the year before. Paul Buchholtz and Chris Hille, from our equipment division, were always there to lend a helping hand with equipment and Paul became a regular part of our field research team over the years.

The 2015 research compendium bore the signatures of Paul Buchholtz, Bruce Palmer, Stephen Reinertsen (listed as Director, Retiring) and Cat Salois (Director, Present). Stephen’s distinguished career of three decades and Cat’s remarkable skill and dedication are examples of the dedicated people who have made a difference for the farm families we serve. Their enthusiasm and impatience with the status quo are traits that have been with us for our 65 years of research. In 1970, after many years onboard, Harley wrote impatiently that it was time to make available a backlog of technology to help farmers better protect the soil to preserve their farms “for intensive utilization by future generations of farmers.” Today, led by Cat and Bruce, their team, those researchers who made their marks earlier, and our team of nearly sixty Certified Crop Advisers who bring this research to the field, we are proud to be of service to the finest people we know—the farm families of the Inland Northwest.

History of the Palouse Region - Video 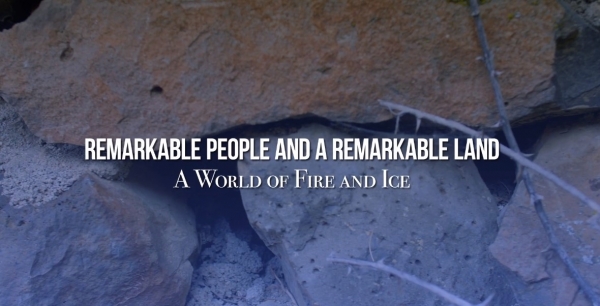 This video was produced by Mortimore Productions for the Whitman County Library with materials and information provided by a bevy of contributors, including several Ice Age Flood Institute members.